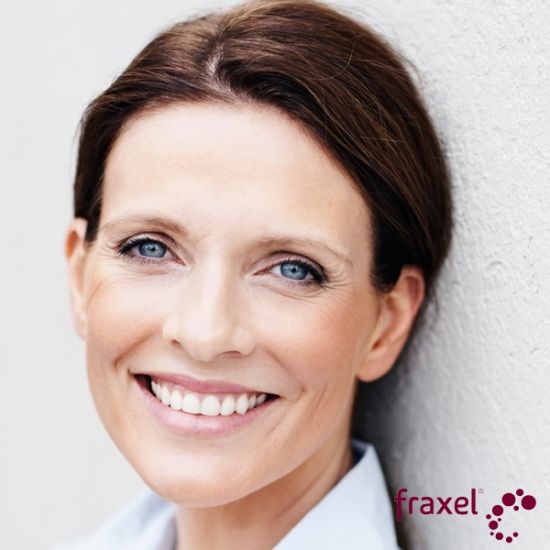 Be the first to review this product
Please, log in or register to submit a review.
Schedule your no charge consultation today for Fraxel® Laser Resurfacing.

Using the Fraxel® laser system, our providers can effectively address aging and damaged skin by creating microscopic, precisely targeted microthermal treatment zones deep beneath the surface of the skin. The treatment eliminates old epidermal pigmented cells and stimulates the body to naturally produce new collagen and skin cells. FDA-approved Fraxel® laser treatments provide remarkable improvement for wrinkles around the eyes, acne scars, age spots and brown spots, and melasma (the "mask of pregnancy"). With the advanced Fraxel® technology, our providers can also improve skin texture tone and pore size, and provide rejuvenating treatment of the neck, chest, and hands.

Clinical studies have indicated that three to five Fraxel® treatment sessions administered at intervals of four to seven days provide excellent results. However, our providers can custom design a treatment regime that best fits your needs and schedule. Contact us today to learn more about the amazing Fraxel® laser system or to schedule an appointment to begin Fraxel® laser treatments.

Traditionally, two kinds of laser treatment have been available for cosmetic skin treatment: ablative and non-ablative. Typical ablative treatments, which use a high temperature to vaporize unwanted tissue, can be effective—but with significant side effects and several weeks of recovery time. Non-ablative treatments, meanwhile, have very few side effects and low downtime, but they commonly require numerous treatments to produce more modest results.

Fraxel delivers the potency of ablative treatments with the gentle safety of non-ablative lasers. So you get the best of both worlds: dramatic results and less downtime. The Fraxel family of products has three treatments, all delivering remarkable results safely with fast recovery.

Fraxel DUAL 1550/1927 laser treatment is a non-ablative procedure for mild to severe skin damage. It targets aging and sun-damaged skin with microscopic laser columns that penetrate deep into your skin to expedite your body’s remodeling of collagen. And since the laser treats only a fraction of tissue at a time, it leaves the surrounding tissue intact, which promotes very rapid healing. Fraxel DUAL 1550/1927 treatment resurfaces your skin by stimulating the growth of new, healthy skin cells from the inside out.

Fraxel DUAL 1550/1927 is a relatively easy procedure to recover from. The treated areas are slightly swollen and pink for one to two days. Many patients are able to return to normal activities and work the following day, but I would give yourself 2 to 3 days (treat on Friday, looking good back at work on Monday). It is very important to avoid sun exposure after the treatment, so wear your sunblock.

The expected results should be improved tone, texture, and color of your skin with a lightening of brown pigmented spots. There is very minimal skin tightening, although the crow's feet area lateral to the eyes seems to show good improvement. Your overall appearance is fresh, rested, and naturally slightly younger.

Reviews
Write Your Own Review
Only registered users can write reviews. Please Sign in or create an account

More from this Brand (0)

More from this Brand (0)

Products from the same brand